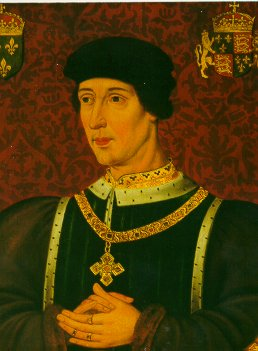 Henry VI was the only son of Henry V and his queen, Katherine of France, and was born at Windsor, in 1421. At the age of nine months be succeeded his father, 1st September, 1422, the government being intrusted to his uncles the Dukes of Gloucester and Bedford, of whom the former was named Protector of the Realm of England, and the latter Regent of France. The guardianship of the young king was intrusted to Richard Beau-champ, Earl of Warwick. Henry was crowned at London in 1429, and at Paris in 1431. The war in France was continued, and several victories were gained by the English, but in 1429 the extraordinary intervention of the Maid of Orleans compelled them to raise the siege of that city, and the English power in France rapidly declined.

In 1444 the king married Margaret of Anjou, daughter of René, King of Sicily and Duke of Anjou, who by her high spirit, ambition, and audacity, gained a complete ascendancy over her ‘meek’ and feeble husband. The king had little influence personally on the course of events, and the government was weakened by the quarrels of his uncles. The measures of the ministers, Suffolk and Somerset, excited much popular irritation, and insurrections broke out in 1450; the most serious of which was that headed by Jack Cade. In 1453 the brave Talbot was defeated and killed at Castillon, Bordeaux was soon after taken by the French, and nothing was left in France under English dominion but Calais.

The same year the king fell into a state of mental aberration and incapacity for governing; and about the same time his son Edward was born. Then began the Civil Wars of the Roses, which filled up the remaining years of Henry’s reign; and, after various alternations of fortune, victory remained with the Yorkists. The accession of Edward IV and the exile of Henry took place in 1461. The war, however, continued; chiefly through the courage and energy of the Queen Margaret, but in 1466 Henry was captured and imprisoned in the Tower. Released by the great Earl of Warwick in 1470, he was again imprisoned by Edward in the following year, and was soon after found dead in the Tower. Whether he was murdered or died a natural death from overpowering grief is uncertain. Henry was a man of sincerely religious character, but without the strength and capacity to rule, and his misfortunes and tragic end may justly be pitied. An endeavour was made by Henry VII. to get him canonized, but unsuccessfully. 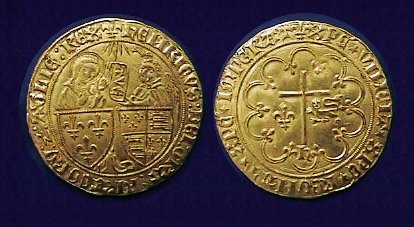