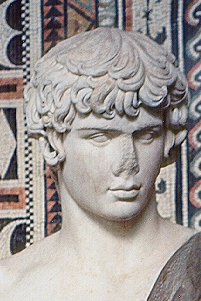 Antinous was the homosexual lover and companion of the Emperor Hadrian. Nothing is known of his origin or age. He accompanied Hadrian to Egypt on a trip during 130 AD. He apparently fell off the yacht while sailing down the Nile and drowned. Hadrian was so stricken with grief that he commanded a series of cultic ceremonies throughout the East. Hadrian also ordered sculptures and coins to honor his dead lover. But perhaps the greatest honor of all was the founding of the city of Antinopolis on October 30th, 130 AD to mark the spot of the youth’s death. It was located across the Nile from Hermopolis. 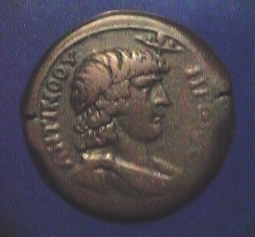